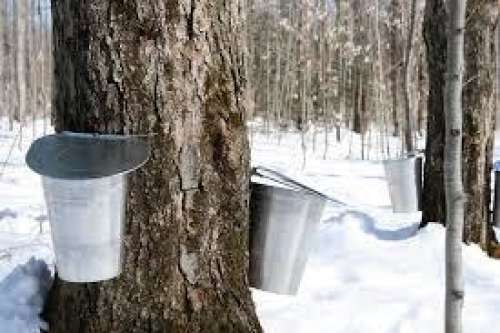 Say It Ain’t So
You’d think Canada’s iconic maple syrup crop would be 100-percent organic. Seems some of it isn’t even close.

According to a 2007 report by the CBC, a 50-mL (1.7 oz) serving of organic maple syrup contains 167 calories, 43 grams of sugar, 117 mg of potassium, 7 mg of sodium and 15 times more calcium than honey. How about 50 mL of regular maple syrup? Exactly the same, plus the possible drawbacks of formaldehyde, lead, insect carcasses and injected oxygen.

Turns out some producers of one of our most treasured natural icons have tapped into an unsavoury stream of revenue. Our only question, what took so long? After all, total exports of maple products exceeds 20 million kilos (20,000 tonnes) a year, at a value of over $80 million. Wherever there’s a lot of money to be made, some people will do anything to tilt the balance in their favour.

According to a 2007 report in Maclean’s, the incentive to produce more of the liquid gold has led to syrup tampering. Some clandestine practices involve using paraformaldehyde to make trees produce sap longer. Oxygen can be injected into the formula to make syrup lighter in appearance, and thus eligible for a more valuable grade. And there have also been reports of lead contamination, leakage from dirty equipment and shoddy storage practices—because the Quebec market is regulated by a quota system, reserves can sit in holding tanks for months in order to stabilize prices.

In this country, each batch of syrup is graded according to colour, flavour and density; standards are law. But it seems there are ways around them. Darie Lavigne, a member of EcoCert, a certification body overseeing the maple industry, says she does, from time to time, encounter fraud. Lavigne says the air-injector gadget is the most common infraction. She says there is little punishment for the producer and all EcoCert can do is withhold its stamp of approval.

The problem runs rampant in Quebec, but that’s no surprise since over 90 per cent of all Canada’s maple syrup comes from la belle province—nearly one tree tapped for every Canadian citizen.

According to the Federation of Quebec Maple Producers, 12 per cent of their product is certified organic. Organic farming standards regulate everything from fertilization and pest control to cleaning equipment and storage practices. It might be a cleaner product, but is organic syrup a rollicking success? Many organic farms can’t compete with conventional producers, especially when contending with fluctuating prices and the steep costs of certification.

What of the small-scale, old-fashioned maple syrup maker? Many maple farmers still make a tiny profit selling from the farm gate. Their syrup might come in smaller batches, but these producers cater to a clientele that not only knows the tree-tapper by name but also where they live and how they tend their trees. As with most comestibles in the country, when it comes to maple syrup, the tried and true motto of “know your farmer” just might be the best advice.

* The Ojibwa First Nation referred to the sugaring-off period as the maple moon or sugar month.

* During peak harvest, the maple will give up 7 per cent of its sap.

* It takes between 30 and 45 litres of sap to produce one litre of pure maple syrup.

* Maple products are enjoyed in over 30 countries, which explains why most people name maple syrup as typically Canadian, somewhere between ice hockey and Alan Thicke.